High School Choir
In this section 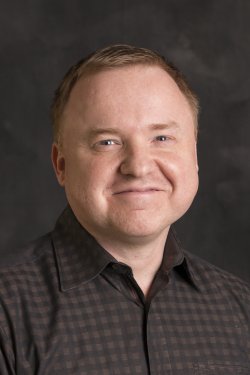 James Bowyer is Associate Professor of Music at McPherson College where he teaches courses in music education, choral studies, voice, and ear training. In addition, he serves as the music director for McPherson College’s main stage musical productions. His textbook, Creative Sightsinging (Santa Barbara Music Publishing), has been adopted by high schools and colleges across the United States and Canada. An active choral composer and arranger, seven of Dr. Bowyer’s works have now been published through Lorenz and Colla Voce publishing houses. He recently made his Carnegie Hall debut as conductor of the Indiana University South Bend choirs on their New York City choir tour. A Kodály and Orff specialist, Dr. Bowyer’s research agenda focuses on music literacy, movement, and music education pedagogy. He has written articles for Choral Journal, Orff Echo, and Music Educators Journal in addition to contributing to Teaching Music Through Performance in Choir II and III (GIA Publications). He recently began a four-year term on the editorial advisory board of Music Educators Journal.
During the summer he is on the faculty of the American Kodály Institute, Loyola University Maryland’s graduate music education degree program. He recently relocated from Indiana where he was Assistant Professor of Music at Indiana University South Bend. He previously taught on the music faculties of the Brooklyn College, the University of Wyoming, the University of Puget Sound, and Gonzaga University. He earned the Doctor of Musical Arts in Choral Conducting from the University of Washington and the Master of Music in Choral Conducting, Voice Performance & Pedagogy, and Music Education from Westminster Choir College. Dr. Bowyer has taught music for nine years in public, private, and charter school settings in Indiana, Missouri, Massachusetts, and Washington. He frequently adjudicates at regional contests and competitions and serves as guest conductor at clinics and choral festivals. As a lyric tenor, he has presented numerous recitals and has appeared as a soloist with a range of orchestras, most recently Bach’s B Minor Mass, Mozart’s Requiem, and Beethoven’s Symphony No. 9.
Chairperson
Nicholas Griggs
McPherson HS
801 E. 1st St
McPherson, KS 67460
w: 620-241-9500