Middle School Band
In this section
Membership Requirement
For a student to participate in KMEA honor groups the sponsoring teacher must be an active member of the Kansas Music Educators Association. 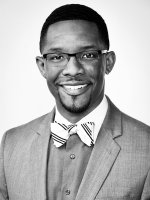 Martin was recognized as Middle Tennessee Teacher of the Year by the Tennessee Department of Education in 2017 and served on Commissioner of Education Candice McQueen's Teacher Advisory Council. In 2018, he was recognized as a Distinguished Alumnus from the Middle Tennessee State University School of Music. Martin was one of 38 educators from across the nation to receive the California Casualty Award for Teaching Excellence at the 2018 NEA Foundation Salute to Excellence in Education Gala in Washington, D.C. Martin also serves as the All State Jazz Chair for the Tennessee Music Education Association. In 2022, Martin was nominated and accepted as a member of the American School Band Directors Association.