Middle School Choir
In this section 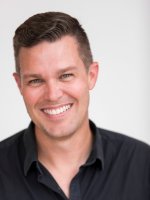 Ryan Beeken
Wichita State University
Ryan Beeken serves as Director of Choral Activities at Wichita State University where he conducts the Concert Chorale and WuChoir (treble ensemble), teaches graduate and undergraduate choral conducting, and oversees the choral area. He received Bachelor of Music in Vocal Performance and Bachelor of Music Education degrees from Drake University and Master of Music and Doctor of Musical Arts Degrees in Choral Conducting from Michigan State University.
Dr. Beeken's choirs have performed at State, Regional, and National Conventions of the American Choral Directors Association and for state and regional NAfME conferences. Beeken is regularly engaged as a conductor, clinician, and adjudicator. His engagements include over 50 All-States and Honor Choirs in nineteen states, the Czech Republic and Austria, and many invited presentations for symposia across the United States and in Ljubljana, Slovenia. He recently served as the Artistic Director A Cappella Abroad in 2018, an international choral festival in Prague and during 2020-2021 will be conducting all-states in Alaska, Oklahoma, Minnesota, and Wyoming and international festivals in Dublin, Ireland, Muscat, Oman, and Tallinn, Estonia. He has served on the executive committee of the American Choral Directors Association at both the state and regional level and just completed a term as the President for the D3 Pennsylvania Music Educators Association.
Prior to his appointment at WSU, Dr. Beeken served as director or choral studies at Indiana University of Pennsylvania and taught at Michigan State University. While residing in Des Moines, Iowa, Beeken directed the Drake Chorale at Drake University. He also taught elementary, middle school, and high school music for sixteen years, most recently serving as Director of Vocal Music for Waukee Schools in suburban Des Moines where he lead a program of over 300 students and twelve ensembles to national distinction.